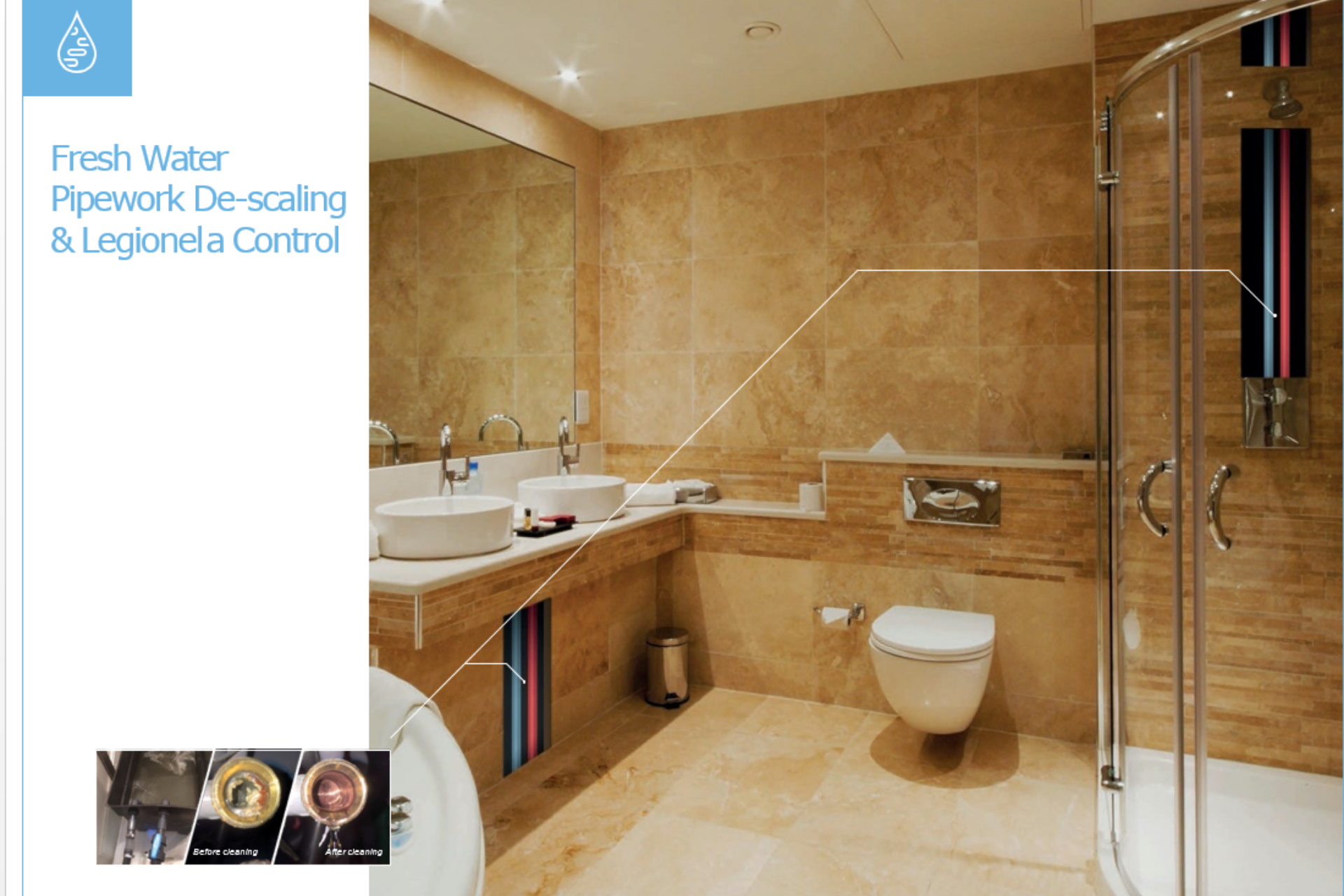 Lime scale and other salts are found in almost all water in their dissolved forms, and it is lime scale which is responsible for hard water. Depending on the amount of lime/calcium carbonate, dissolved carbonic acid and the temperature of the water, the minerals precipitate and start to crystallize, leaving deposits on surface areas.

The deposits can reduce heat transfer in heat exchangers and lower the efficiency of the heating installation/cooling system quite significantly. Increased pressure loss and decreased flow rates are other symptoms associated with lime scale in a hot water boiler.

Thus, the importance of cleaning the plumbing fittings and other pipes regularly cannot be over emphasized.

Scale formation on the inner walls of pipes may also be attributed to the electromagnetic forces developed between the flow of fluid and the pipe walls, which is a common phenomenon of any pipe material.

These electromagnetic forces act upon the water flowing through the pipe, causing the precipitation of salts on the pipe surface in contact with the flow. Because of their affinity, these salt particles stick to the pipe walls and remain there and as the phenomena of deposition increases with usage, the thickness of the deposit also increases.

It is the pressure of the fluid flow and the crystalline nature of the particles (dissolved or suspended) present in the fluid which are the main factors affecting the thickness of the deposit.